You are here:
November 14, 2012Leave a commentWODsBy alicia

I had no idea who this guy was.. Rob Orlando. Just sounds like a badass name. But anyway, even as he was talking, I had no idea who he was. It wasn’t until he started talking about competing in the games, and his workouts and his history with Crossfit and his company did I think, “huh, this guy has done some cool shit.”

Well, first of all, Rob Orlando is 37. Holy crap. Dude does NOT look or act 37.. just goes to show you how youthful people seem to remain when they get involved in Crossfit. He is married, a father of two (3 and 6 years old), he owns his own Crossfit facility, Hybrid Athletics, he operates StrongmanWOD.com , he has competed in the Crossfit Games in both 2009 and 2010 as an individual (and finished 22nd and 15th, respectively), and I believe competed again in 2011 with his team, he makes time to train almost daily, and he travels around the world teaching Crossfit Strongman Certification! I’m sure there’s more, but this all impressed me so much. And I complain there’s not enough time in the day to shower, eat 2 meals, work and work out. Good lord.

I had such an amazing time in Miami this past weekend with my coach, Russell, who invited me to come down with him for this cert. Learned a great deal about heavy lifting, more techniques, alternate methods, better efficiency. Got to move yolks, kegs, atlas stones, logs. Good stuff! I loved it.

Anyway, this all took place at Caution Crossfit in Hialeah Gardens. What a great place! HUGE facility, new, nice, clean, and tons of toys! Totally impressed. This is probably one of the coolest weekends I’ve spent in Miami. Not only was there perfect weather for the training, but I stayed at this beautiful hotel that we’ve previously been to, got to visit family and friends, got to see my sister, got to work out and train with my coach. It was just awesome.  I soak this stuff up and it leaves me wanting MORE. 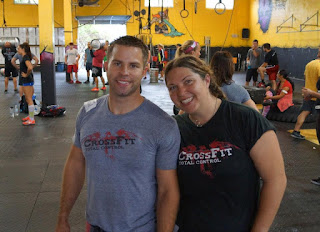 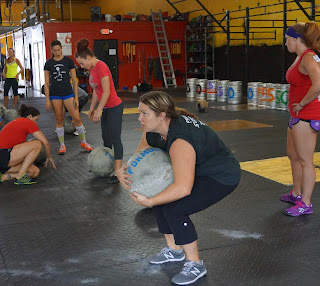 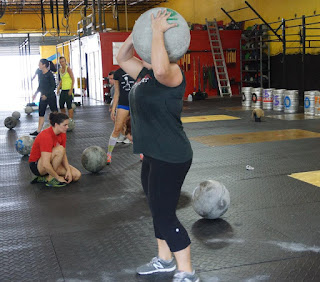 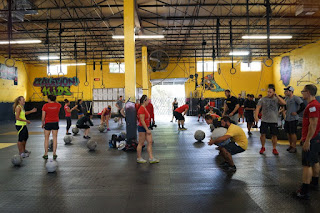