You are here:
January 29, 2014Leave a commentWODsBy alicia

Well, I decided to take off Wednesday and Thursday from WODDing and stuck with some power yoga instead. That felt good, and it was a nice break for my body to recover. We headed to Miami Thursday so I could get registered and we could get settled in to our condo, etc.

Of course I also took over a week to write this post, so it’s kind of boring now, trying to recall the details of the trip. I was excited to be there, to go back and do this all over again. My first BIG competition, 1 year later! 3 days of WODs, 7 WODs total, including one that I promised Dave that I would skip, due to the grossness and unnecessary risk it would put me at.

That WOD was the Triathlon, to take place on Saturday. It was the following:

So, before all this happened, I wanted to go swimming just to see if it was something I could actually do. On Wednesday the 15th, I went to LA Fitness with my friend Chuck to work on my swimming. It was a challenge, a mental thing, to see if I could do it. We did some warm ups, sprints, etc, and I clocked myself the first two 50m sprints that I did. 40 seconds approximately, but I was winded after each one. Doing a 300m swim would be rough. My lungs were not looking forward to it!

We moved forward with it anyway, and he timed me. I finished my 300m swim in 6:50. YES. It was more of a “I know I can do this” than anything else. Knowing I could’ve done it was more important than actually jumping in the disgusting water of Biscayne Bay. As beautiful as that water is, I’d never swim in it, especially right next to Bayside, the marina, the port, and with the water treatment plant just across the way. Nobody else apparently had an issue with this, as most of the competing athletes swam. I didn’t want to take my chances, so I sat it out.

The WODs throughout the weekend seemed to be upper body focused, which overall isn’t a strength of mine. One of the WODs even had 30 pullups for scaled, just to start the WOD. I got my awesome score of 1 for that one, since I got my one pull up. I went ahead and finished the WOD and did jumping pull ups, (didn’t get a score for it) but I didn’t want to stand there like an asshole, either.

Upper body stuff for the most part, is my weakness. That and endurance-based activities. I need to work on it, and yoga has definitely helped. (Now that we’re back home and back into a mostly normal routine, it’s nice to get back into my workout regimen of Power Yoga once a day and CrossFit once a day.)

I’m gonna end it with these pictures. 🙂 Enjoy! 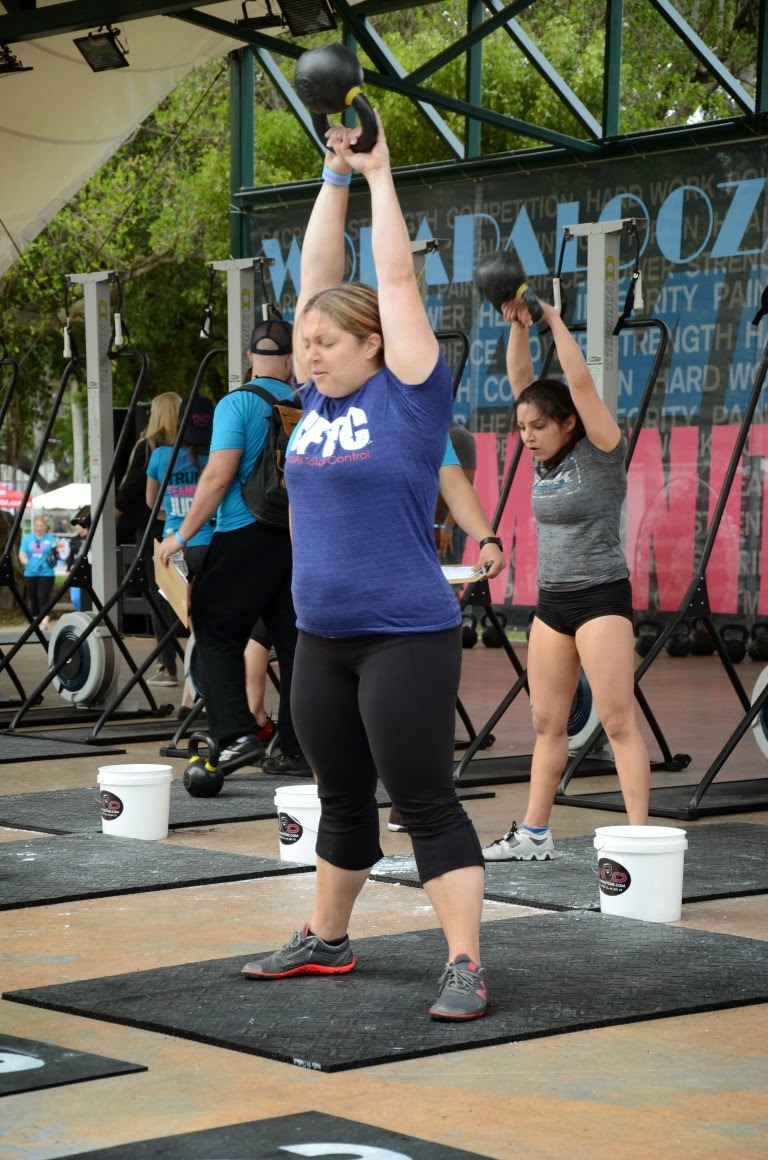 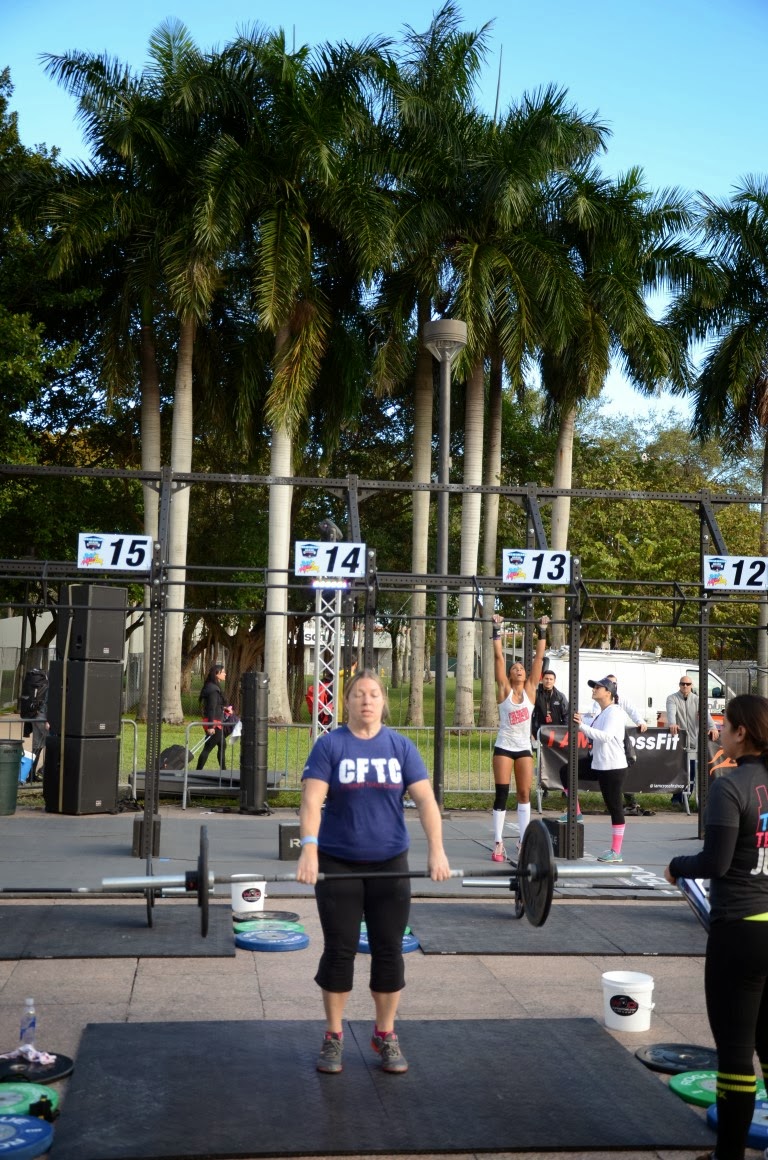 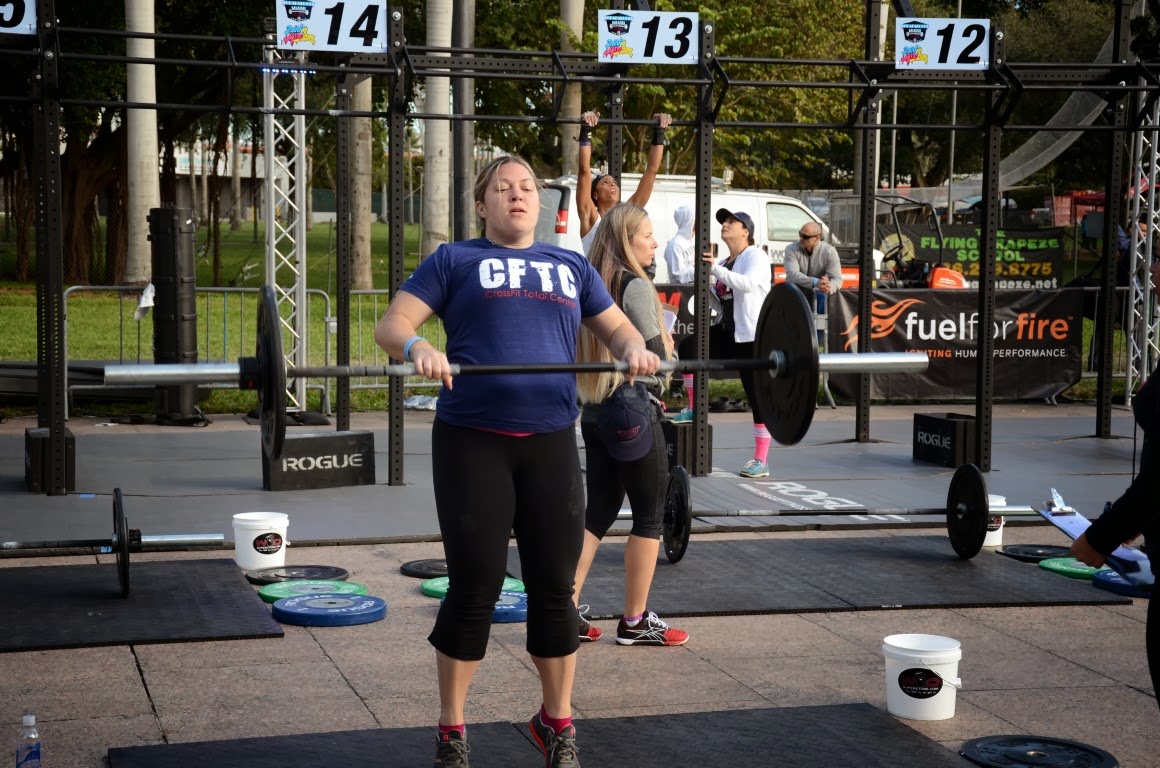